Ninja Fruit is a bright purple hybrid descended from Grapefruit Haze and Grape Ape, two strains that combine to make a strain with a super fruity scent and wonderfully relaxing outcomes for the mind and body. The Ninja Fruit strain contains 14.97% total active cannabinoids per sample, 14.9% of which is THC and the remaining 0.05% of which is CBD. The level of THC in this strain is about the average amount of THC in most strains today, with plants containing more than 20% THC considered very powerful strains because of their potent influence on perception, cognition, memory, concentration, and coordination. Given Ninja Fruit’s relatively standard THC levels, this strain is less likely to come with the less desirable  side effects of cannabis-induced anxiety or paranoia, as these events are usually associated with higher levels of THC potency. That said, the THC content in Ninja Fruit is by no means negligible, and with almost 15% THC by weight, Ninja Fruit can be extraordinarily helpful in providing relief for mild to moderate pain, depression, anxiety, and PTSD. Ninja Fruit will also be helpful in stimulating the appetite and relaxing the muscles.

This strain contains 0.05% CBD, another cannabinoid which is found in much lower concentrations in cannabis. This concentration is pretty standard for most cannabis strains, as CBD content for the majority of cannabis strains tends to fall between 0.12% and 5% by weight. CBD is considered a therapeutic cannabinoid, as opposed to THC, which is considered a psychoactive cannabinoid, and is able to mitigate the cognitive effects of THC. Since CBD is a non-psychoactive constituent of cannabis, its presence does not leave users feeling impaired and only serves to heighten the therapeutic potential of any one strain. The CBD levels in Ninja Strain can thus help neutralize the potency of THC’s “high.”

Cannabinoids are not the only constituents at play in cannabis, however. There is a rich profile of plant compounds called terpenes which contribute to what is known as the entourage effect. This refers to the phenomena whereby cannabis exerts its biological and pharmacological effects as a result of the synergy and interactions between a number of its components, not just one actor. Terpenes are small molecules, but they pack a punch, being responsible not only for a strain’s particular aroma but also for a strain’s particular therapeutic strengths. Ninja Fruit’s terpene count is no exception. 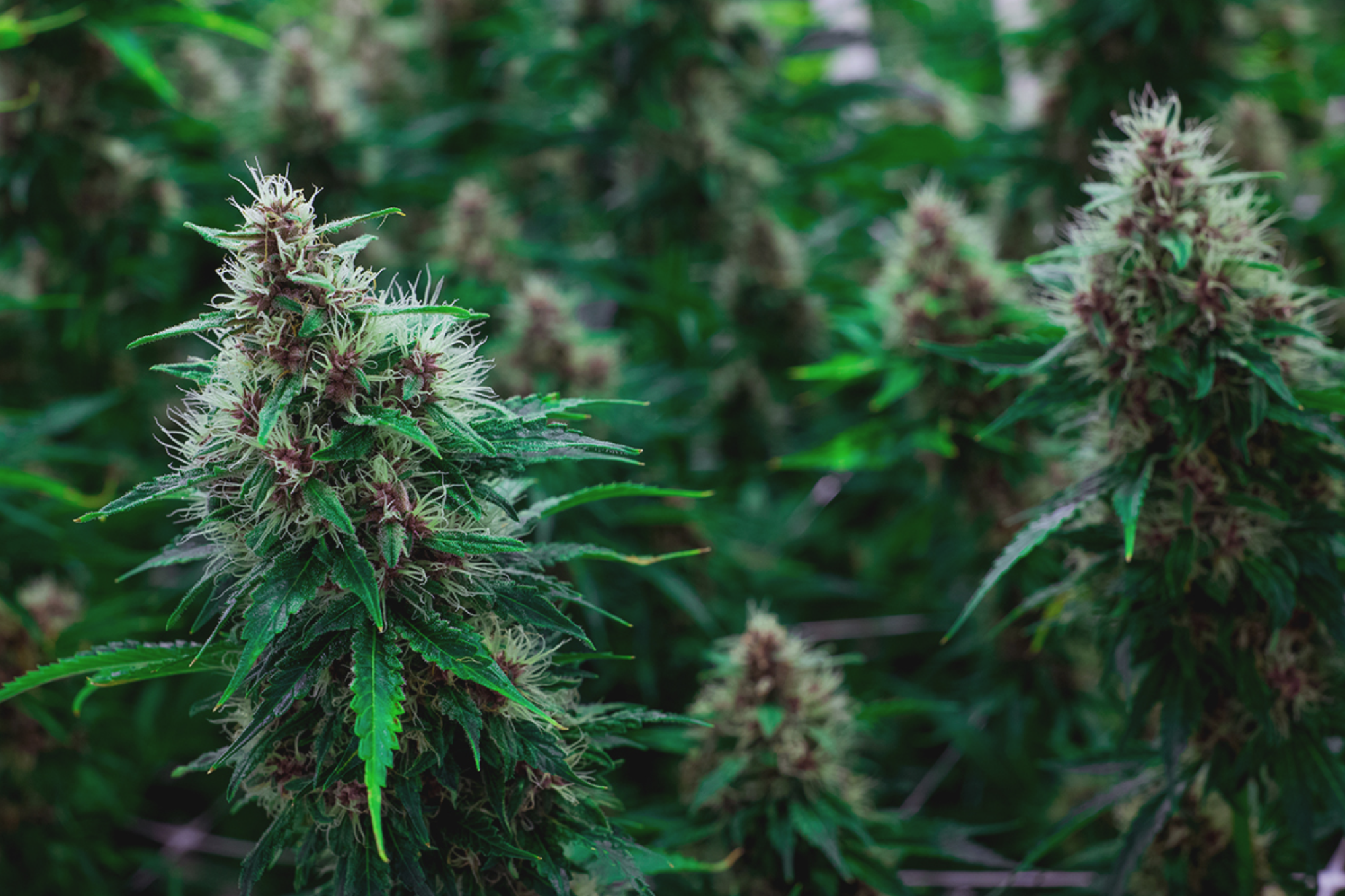 Ninja Fruit contains a total terpene concentration of 1.934% per gram. Of that total terpene content, 36.24% is limonene, 10.08% is alpha-pinene, 9.82% is beta-caryophyllene, 8.06% is beta-pinene, and 7.8% is myrcene. This is an unusual strain in that its primary terpene is limonene, the terpene commonly found in citrus fruits such as lemons. Ninja Fruit’s high limonene levels combine with the alpha-pinene and beta-caryophyllene to produce a fruity, woody aroma, a result of the lemon terpene’s presence alongside pinene, the terpene responsible for the recognizable scent of deep conifer and pine woods. The myrcene combines with the pine (both the alpha- and beta- versions are present in Ninja Fruit for extra woodiness) profiles to literally open up the lungs for deeper breathing and subsequent relaxation of the mind and body. Myrcene is a terpene that is very commonly encountered in high amounts in cannabis strains, but the atypically lower levels of myrcene in Ninja Fruit mean that users will get the benefits of myrcene’s synergistic interactions with THC without experiencing the sleepiness that sometimes come from myrcene’s effects on energy. Both myrcene and limonene are terpenes that are well recognized for their abilities to counter the potency of THC’s effects on cognition and clarity. This buffering property combined with the additional anti-depressive and anti-anxiety characteristics of the alpha- and beta-pinene, beta-caryophyllene, and linalool (a terpene commonly associated with lavender) result in a highly effective therapy against mood disorders and stress.

Though these are the terpenes which make up the bulk of Ninja Fruit’s terpene profile, this strain also has trace levels of a number of other terpenes. All of these compounds contribute additional therapeutic benefits to the strain, while mingling together to create Ninja Fruit’s distinct smell profile, too. These trace terpenes enhance the sedative effects of this strain by encouraging calm and relaxation. They also provide a boost to overall cellular and tissue health, with a number of the trace terpenes boasting antioxidant, anti-inflammatory, and antimicrobial properties. Taken together, these terpenes are a boon to cellular and tissue health, and result in more immediate relaxation and pain relief.

With a not-too-high THC concentration, a light dose of CBD to smooth out the THC’s psychoactive effects, and a terpene profile which supports the anti-anxiety, anti-depressive, analgesic, and relaxing effects of THC, you can expect Ninja Fruit to provide comfort and relief to both your mind and your body, without losing too much alertness or energy. The trace terpenes combine for a full-bodied cache of aromas and additional therapeutic benefits that make this strain a great choice for a large population of users.

How Cannabidiol Therapy Can Benefit You