How Cannabidiol Therapy Can Benefit You 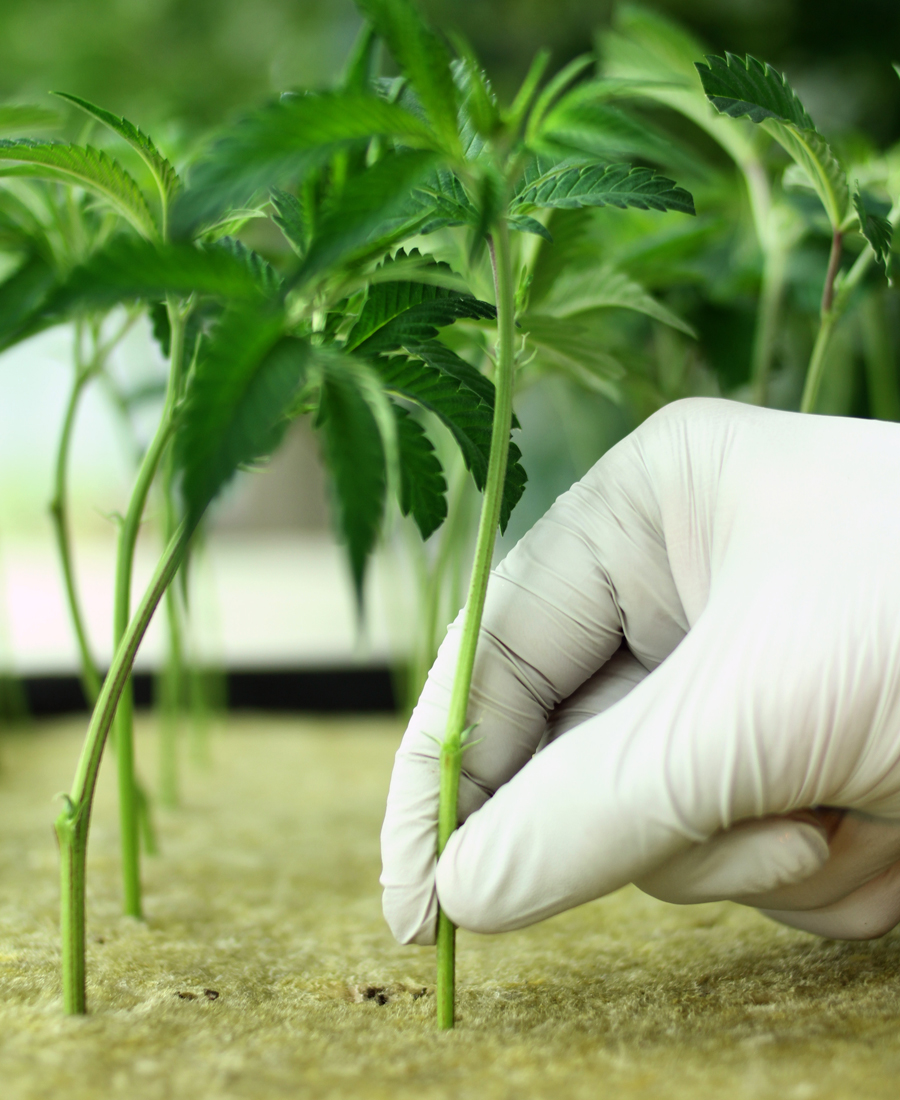 CBD, short for cannabidiol, is a sister cannabinoid to the more well-known THC. It does not contribute any psychoactivity to a cannabis strain’s effects and helps neutralize and soften the THC “high.” CBD is considered a therapeutic cannabinoid, and when present in otherwise THC-dominated strains, is recognized for its contribution of physical benefits to relaxation and sedation. However, CBD is considered a therapeutic cannabinoid not only because of its mitigating effects on THC potency, but also because of its putative effectiveness against ailments as ubiquitous as insomnia, muscle spasms, and joint pain, and maladies as grave as epilepsy and cancer.

As laws in the United States have slowly but surely come round to allowing individuals access to cannabis for medicinal use, many patients have found cannabis to be an effective treatment when traditional pharmaceuticals and therapies have proven ineffective or simply intolerable due to adverse side effects. Generally when people envision medical marijuana, they think of high-THC strains that are highly effective against anxiety and stress as a result of the psychoactive cannabinoid’s interactions in the brain. CBD is becoming more and more accepted as a viable treatment option for patients who don’t benefit from the psychoactivity of THC and for patients who may be helped by CBD’s potential anti-tumor and anti-seizure properties.

The cannabinoid CBD in particular has proven to be a heralding call to patients and their families who have found no solace in traditional medicine for serious and intractable diseases more related to the body such as epilepsy. There are several anecdotal accounts of dramatic improvements associated with cannabis products that had high CBD levels. These strains are far less common than the ubiquitous THC-dominant strains that line dispensary shelves, but the accounts of CBD’s efficacy as a new therapy have generated serious interest among clinicians, patients, and growers in CBD’s potential. Pre-clinical evidence and accounts in the public sphere have pushed CBD into the research arena for potential use against not only epilepsy but other neuropsychiatric disorders including anxiety, schizophrenia, addiction and neonatal encephalopathy.

Though cannabidiol’s presence in cannabis strains has been recognized since cannabis research pioneer Dr. Mechoulam’s work on the substance in the 1960s, CBD did not gain significant traction as a treatment option until 2012, after a CNN documentary detailing young Charlotte Figi and her family’s incredible success using CBD against Charlotte’s intractable Dravet Syndrome , a rare form of epilepsy that causes dangerous and debilitating seizures on a constant basis from a young age and cannot be controlled by medication. The 5-year-old had struggled with severe and intense seizures and involuntary muscle spasms since infancy, and doctors had expended all possible clinical options available to them.

Charlotte’s parents happened upon an online story of a young boy in California whose Dravet had been successfully treated with a cannabis strain high in CBD and low in THC. Though Charlotte would be the youngest patient in the state of Colorado to apply for a medical marijuana card, their family had run out of options. Studies that have investigated the long-term effects of marijuana use demonstrate that such use has negative effects such as diminished lung function and increased risk of heart attack– outcomes that are associated with those who administer cannabis via smoking. Charlotte would not be smoking. Charlotte would be using an oil tincture composed of the isolated cannabinoid her parents hoped would alleviate her Dravet.

Almost immediately from Charlotte’s first small dose, seizures that had previously occurred three to four times an hour, never arrived. And they didn’t come for the next seven days. The results of Charlotte’s turnaround stunned her family, and they soon got in touch with the Stanley brothers, a family of Colorado cannabis growers and dispensary owners who had bred a strain of marijuana that was very high in CBD and very low in THC, bringing the psychoactivity of the strain down to almost 0. The collaboration and partnership between the Stanleys and Charlotte’s family led to the Realm of Caring Foundation, a nonprofit organization under the Stanleys that provides cannabis to adults and children suffering from diseases such as epilepsy, cancer, multiple sclerosis, and Parkinson’s.

With a twice-daily regimen of her CBD medicine, Charlotte’s seizures have almost ceased entirely, occurring only about two or three times a month, and usually in her sleep. 6-year-old Charlotte’s waking life has changed drastically — she can walk, feed herself, ride a bike, talk with her parents.

The strain that the Stanleys shared with Charlotte eventually became known as Charlotte’s Web, and became the ancestral strain for several additional breeds that were cultivated specifically for their low THC levels.

Charlotte’s Web and other High-CBD Strains:

There are two commonly used descriptors when it comes to cannabidiol-focused strains: CBD-rich and CBD-dominant. CBD-rich will usually refer to a cannabis product that has equal concentrations of CBD and THC or slightly more CBD than THC. CBD-dominant will refer to strains that are rich in CBD concentrations, but have very little THC by comparison. Other well-known high-CBD strains include Harlequin, Sour Tsunami, and Cannatonic. We recommend that patients check for their local dispensaries’ test results to verify such strains.

Though high-CBD strains are obviously available to be smoked and/or vaporized, the edible oil form of these strains has also been made popular by stories such as Charlotte’s. The liquid oil is produced by solvent -assisted extraction techniques that separate cannabinoids such as CBD from the plant material and isolate it as a pure treatment option. CBD oils can be mixed into foods or easily swallowed in a capsule.

Effects and Outcomes. CBD works at several points in the nervous system. Models of brain cell injury and psychiatric disease have demonstrated CBD’s efficacy across a wide range of nervous system disorders and diseases that occur in isolation or in tandem with one another, such as the concurrent presence of seizures and inflammation. CBD seems to treat not only diseases such as epilepsy, but also the conditions that are associated with seizures or lead to seizures. CBD acts on all these conditions, significantly aiding the quality of life for these patients. The fact that CBD can provide significant medical benefits without causing cognitive alterations for users is what makes it an appealing option for patients who need relief but want to avoid the psychoactive effects of THC.

Safety and Dosing. There have been several small studies of CBD regarding its safety in humans and acceptable dosing ranges. These results have demonstrated the cannabidiol is very well-tolerated across a wide range of concentrations, and is not associated with significant side effects on the central nervous system, vital signs, or mood.

Metabolism. Like THC, CBD undergoes extensive metabolization in the body. The liver breaks CBD down to its metabolite 7-OH-CBD, a molecule that will eventually get broken down further until it’s eliminated from the body via bodily fluids over the next few days–elimination rates are faster following inhalation (2-3 days) than following oral administration (4-10 days).

CBD and THC Together. CBD is a fantastic cannabinoid to include in a THC-focused strain because of its two-pronged interaction with the psychoactive cannabinoid. By mitigating the the less desirable effects of THC, CBD can augment THC’s beneficial effects and increase any strain’s tolerability and therapeutic value. By making higher concentrations of THC more tolerable for patients, CBD allows patients to benefit from the therapeutic benefits of both more effectively.

The Research Environment. Decades of cannabis prohibition on the federal and state levels have made it very difficult for a large swatch of researchers to bring cannabis and its constituents into their labs and research institutes for comprehensive and deep investigation. The same research expectations that come with pharmaceutical drugs and therapies continue to face obstacles and resistance in the cannabis realm. However, state prohibitions are coming down year after year for both medical and recreational marijuana, and the federal government has voiced its intention not to pursue marijuana criminalization in states that have removed the bans. Cannabis products and therapies are undergoing more clinical and laboratory research to determine the mechanics of the substance and to parse out the differences between important cannabinoids such as THC and CBD. Though THC takes a big slice of the research attention, CBD’s recognized potential in recent years has made it a highly attractive target for researchers.

The changing social and political landscape surrounding cannabis’s effects is leading to a more straightforward and accessible regulatory path for well-designed and conducted studies of CBD. Though scientists have been able to identify CBD’s ability to reduce seizures and relieve muscle spasticity and pain, there is still a need to understand the molecular targets and interactions that are making such outcomes possible. The potential for further clinical development of CBD-based and CBD-derived therapies is vast, and industries across discipline lines are getting on board.

Whalley, Ben. “Cannabis in the Management and Treatment of Seizures and Epilepsy: A Scientific

Zuardi, Antonio Waldo. “Cannabidiol: From an Inactive Cannabinoid to a Drug with Wide Spectrum of

California’s Influence: What the Golden State’s Decision to Legalize Cannabis...