OG strains are popular because of their relatively high THC potency and characteristically strong, pungent odor. The ancestors of OG strains, including the origin of the term, “OG” is unknown. Lemon Meringue is a sativa-dominant strain descended from a cross between Lemon Skunk and Cookies & Cream strains. With a super sweet and citrusy flavor, this bright green and orange strain gives users a boost of focus and creativity that makes it a great option for sufferers of chronic issues such as fatigue, depression, headaches, or pain during the day.

Lemon Meringue contains very high levels of THC. Overall, Lemon Meringue contains between 25 and 30% total active cannabinoids per sample, most of which is composed of THC, the most recognized psychoactive component of cannabis, and the remaining 0.06% of which is CBD, a lesser known sister cannabinoid which does not exhibit psychoactive properties. The high levels of THC (strains containing more than 20% THC by weight are considered potent) have a strong effect on the mind, with Lemon Meringue, in particular, producing increased creative energy and thoughts, while keeping a user energized, active, and  talkative. Users should expect to experience a great mood lift from Lemon Meringue that is accompanies by boosted focus and creative inspiration. All of this is made possible because of the strain’s power as a remedy against stress and anxiety.

The 0.06% CBD content is pretty standard for most cannabis strains, as CBD content for the majority of strains tends to fall between 0.12% and 5% by weight. CBD is considered a therapeutic cannabinoid and is able to mitigate the cognitive effects of THC since it is a non-psychoactive constituent of cannabis and does not leave users feeling impaired. The CBD levels in Lemon Meringue help to significantly neutralize the potency of this strain’s THC “high,” easing the user into the powerful cognitive effects of this strain without negating the psychoactive cannabinoid’s fantastic effects on mood and creative energy.

A high-cannabinoid strain is never complete without its interactions with another crucial set of compounds, though, and Lemon Meringue OG, like all other beautifully-crafted cannabis cultivations, is no exception. These important chemical compounds are the terpenes, small molecules found all throughout the plant world which, while most notably accounting for the vast diversity of smells we experience from flowers, trees, bark, and fruits, are responsible for an equally, if not more, diverse array of incredible therapeutic benefits. In cannabis, this interaction is referred to as the entourage effect, the simple idea that plants exert their effects because of the synergy between constituents, not only because of one pharmacological effector. Lemon Meringue OG’s high concentration of total active cannabinoids is mitigated and augmented in all the right ways by its stellar terpene profile. 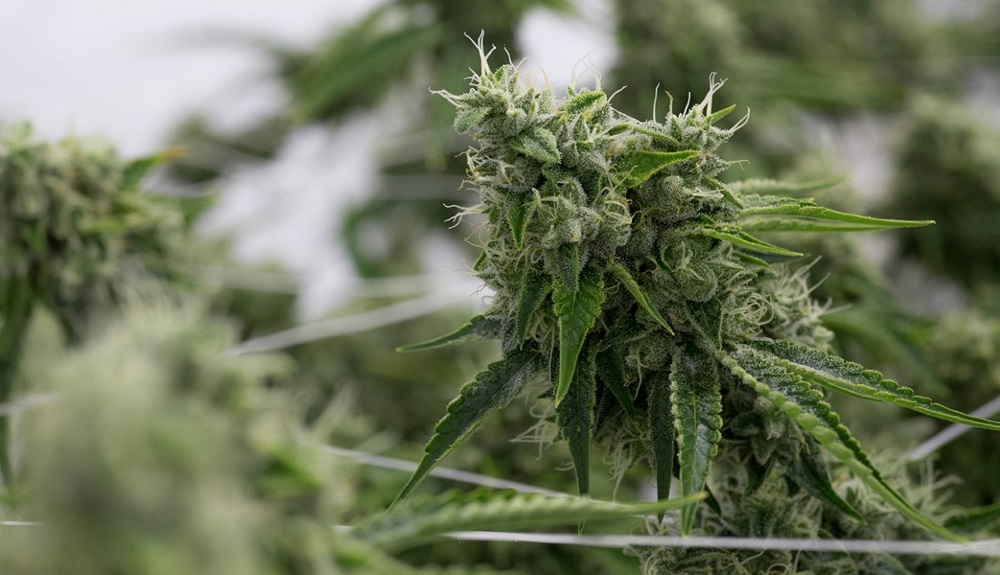 Lemon Meringue contains a total terpene concentration of 2.11% per 1 gram sample. Of that total terpene content, 49.57% is myrcene, 15.07% is limonene, 10.61% is linalool, 7.91% is beta-caryophyllene, and 4.17% is beta-pinene. Myrcene, a terpene commonly found in mangos and hops, is the most commonly encountered terpene in cannabis strains, perhaps owing to its immense powers to ameliorate the potential side effects of THC. Lemon Meringue OG gets its namesake from the aromatic combinations of myrcene and limonene, the terpene commonly associated with citrus fruits such as lemon. The high myrcene and limonene levels come together for a strong lemony, earth aroma, with hints of pleasant floral and pine scents from the rest of this complex terpene profile. Myrcene and limonene are both terpenes that are well-known for their ability to mitigate the more intense influence of THC on the mind. Together, they provide a strong buffer against any THC-induced anxiety and paranoia, while also contributing a heavy dose of anti-depressive properties, pain relief, and de-inflammation. Linalool, the terpene commonly associated with lavender, is well-known for both its anxiety-reducing and anesthetic effects. The significant amount of linalool in this strain helps counter anxiety and mediate stress, making this strain particularly helpful for those who experience problems sleeping. The presence of beta-caryophyllene and alpha-pinene will also work in concert with the THC content of Lemon Meringue OG. Beta-caryophyllene has the unique ability to interact specifically with one of the cannabinoid receptors in the brain, CB2, while alpha-pinene boosts circulating levels of the neurotransmitter acetylcholine in the brain, mechanisms which work to counter memory deficits that may result from the potent THC levels of this strain.

These are not the only terpenes at play in Lemon Meringue, however. This strain also contains trace levels several additional terpenes which commingle to create Lemon Meringue’s particular scent profile and also to contribute additional doses of physiological and psychological benefits that increase the strain’s overall therapeutic index.

A number of the trace terpenes contribute nicely to Lemon Meringue’s already present sedative properties, adding to Lemon Meringue’s efficacy for users with sleep troubles. They encourage calm and relaxation and provide additional relief against fatigue and stress. Lemon Meringue’s trace terpene profile also provides stellar benefits to overall cellular and tissue health by exhibiting antioxidant and anti-microbial properties. Unwanted players in the body such as free radicals and bacteria can cause damage to cells that make them inflamed on a foundational level. This rises to the level of dysfunction and inflammation on the tissue and muscular level that can cause pain, weakened immunity, and fatigue. Antioxidant and anti-microbial terpenes go after the main causes of the inflammation, while the anti-inflammatory terpenes bring relaxation and pain relief to help heal the body overall.

Lemon Meringue’s high THC levels are modulated by the CBD concentration and the myrcene content—the CBD smoothing out the potential side effects of Lemon Meringue’s more potent high, and the myrcene mitigating the potential anxiety-inducing effects of THC to result in a strain that provides great levels of relief against pain, depression, anxiety, and PTSD, while offering relaxation that can aid sleep, but won’t put a user straight to sleep. Given its creativity-boosting properties, this is a strain well-recommended for daytime use and is a great choice for treating chronic conditions like fatigue, mood swings, headaches, and pain. Lemon Meringue is definitely a powerful strain which couples its potent cannabinoid content with a highly therapeutic batch of terpenes that will augment all the physiological benefits of Lemon Meringue, while producing an energetic, optimistic mood that will move users blissfully through the day and evenings.