If you have been to an event in the greater Los Angeles area in the past 5 years, there is a good chance Belly Bombz was there, “#droppinbombz” with their Korean inspired wing and slider concept. THC Design got the chance to go “In the Kitchen” with founder Albert Shim to talk about cannabis, his journey, and to infuse their Spicy Garlic Parmesan Wings with distillate made from one of our most popular strains.

“If it wasn’t for cannabis, I don’t know where I’d be, to be honest…” – Albert on how cannabis has relieved the stresses of being an entrepreneur and enhanced his creativeness.

Founded in 2012, Belly Bombz made its start at a farmers market in Long Beach. And through words of encouragement from weekend regulars, they quickly expanded and opened their first food truck. Five years later and after thousands of belly’s served, Belly Bombz now has 2 brick and mortar locations in Artesia and Whittier where you can experience their expanded menu, good music, craft brew, and watch the game. Give them a follow on Instagram @bellybombz and be sure to stop by if you’re in their area. 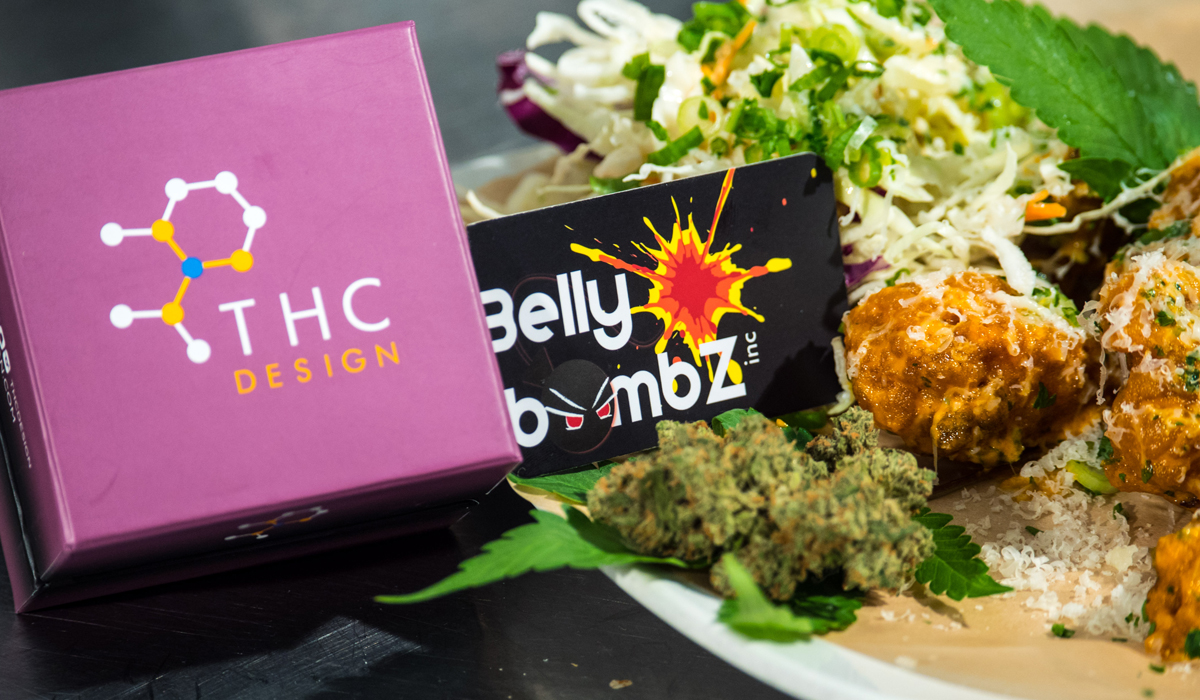